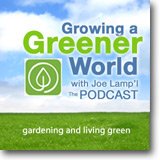 If you love the topics surrounding this podcast series, you’ll love this conversation with National Wildlife Federation’s David Mizejewski. He’s the host and co-producer of Animal Planet’s Backyard Habitat and he is everywhere in the media. Today, he’s ours for not one but two conversations that you don’t want to miss. In this podcast, David talks about some of the true signs of global warming, the gulf oil spill and resources we can all use from the National Wildlife Federation. 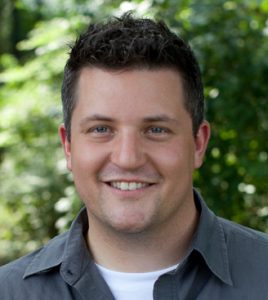 David Mizejewski is a naturalist with the National Wildlife Federation and holds a degree in political science with a co-major in human and natural ecology from Emory University. You know his face and voice as the guy who teaches the American public how to help wildlife and connect with nature in their own neighborhoods and beyond. He is host and co-producer of Backyard Habitat on Animal Planet, a television series that shows people how to transform their yards and gardens into thriving habitats for birds and other local wildlife.

In addition, his demand in the media is plentiful. He has made numerous appearances on gardening and daily talk shows, including NBC’s Weekend Today Show and iVillage Live, HGTV’s Gardening by the Yard, and The Martha Stewart Show. He has been interviewed and profiled by Entertainment Weekly, Out, Sunset, Organic Gardening and National Wildlife magazines as well as USA Today, the Christian Science Monitor, the Washington Post, and countless local newspapers. David is a regular speaker at conservation, wildlife and gardening conferences and events, both nationally and locally.

For more on creating a wildlife habitat in your own yard, check out David’s book; Attracting Birds, Butterflies and Other Backyard Wildlife.

Episode 033 is the first of a two-part conversation with David. In the next podcast, David shares the steps to create a NWF Certified Wildlife Habitat in your own little corner of the world. 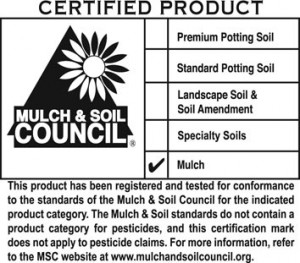 This podcast episode was made possible thanks to the support of the Mulch & Soil Council. If you want to know that the bagged mulch or soil that you’re buying is free of unacceptable contaminants, such as arsenic from pressure treated wood, make sure that it has the certification seal on the bag. Learn more at their website; mulchandsoilcouncil.org.

If you like this podcast episode or series, would you mind taking the time to leave a favorable comment in the iTunes Store saying so? It really helps us get the word out about our show. The more great reviews we get, the more we get noticed by the folks at iTunes and the better our chances of others finding us. Thanks in advance!

Get the must-have Gardener’s Guide to Global Warming as discussed in this podcast by clicking here.