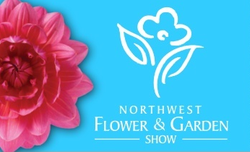 This past Friday, while preparing to give a presentation to a growing crowd at the Southeastern Flower Show, my cell phone suddenly started going nuts, with emails, text messages and phone calls. It was no coincidence that they were all related. News that the Northwest and San Francisco Flower and Garden Show were closing their doors after this year had just hit the news wire.

These were not the first flower shows to close their doors in recent months after long and successful runs. But in spite of the other notable and respected shows making similar announcements in recent weeks, this news still came as a huge surprise. These are the second and third largest shows in the country, only behind the infamous Philadelphia Flower Show. Steadily decreasing attendance, fewer corporate sponsorships and a smaller pool of exhibitors contributed to the shows owner and founder, Duane Kelly’s decision to call it quits after a 20 year run. 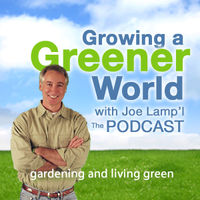 I caught up with Duane today for a recorded telephone interview that will air on my next podcast episode of Growing a Greener World this Sunday, February 8th. I wanted a chance to hear Duane’s perspective on the state of gardening shows in general and also to hear his viewpoint from a man I greatly respect and who is well connected. The truth is, it seems every day we’re hearing about another gardening related ‘death’, at a time when the public is craving more access to gardening media and events than ever.

In Duane’s defense, he’s been at this a long time. He’s tired and not as willing to take on the inherent stress that goes with producing shows of this magnitude in such economic times as this. In addition, he wants to spend more time with his wife and concentrate on his other love of writing plays. Sadly, as he looks for a buyer (no firm offers yet although he remains upbeat), a company that was worth close to 10 million dollars a decade ago is struggling to find a buyer at a fraction of that today.

Personally, it is concerning. I’ve spoken at both of these great shows for five consecutive years and will do so again in just a few weeks. I know many share the same thoughts I do about these shows; they are consistently the finest in the country. We talked a lot about that today and how he is able to routinely produce such great shows. If the best shows in the country are throwing in the towel, without a buyer willing to offer a fair price, as gardening enthusiasts, we all need to be concerned. I’m trying very hard lately to not sound so negative but it’s getting harder and harder by the day. As Duane said today, gardening is not the only industry being hit hard right now, and in many ways, we’re fairing better than others. I know he’s right about that but this is the industry I’m paying the most attention to and I don’t like what I’m seeing.

In my next post, I’ll share my personal observations about the NW and SF Flower Shows as a presenter and attendee and why I consider them to be the gold standard. I’ll say this now; I never tire of either show and always look forward to them, even when I fly across country to present and attend and catch a red eye home the next day. It’s always worth it!