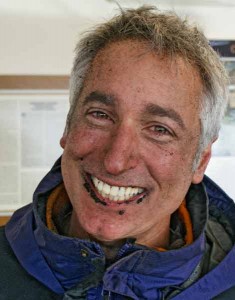 With two full seasons behind us now, it’s been an interesting exercise to look back on all the episodes we’ve done, the places we’ve been, and the subjects we’ve covered. And the bottom line is, wow, we’ve done a lot!

With such diverse subjects, we’ve still been able to feature areas we know well and feel passionate about the topics covered. But I have to admit, when it comes to writing the outlines for each episode, some come easier than others. Such was the case for this show on backyard composting.

As some of you may know, I have “a thing” for compost. (If you want to see how much, here is how I ended up looking like I do in this photo.). I will always be in awe of just how many good things compost does for the health of any garden, especially when you consider the process of how it’s made—which couldn’t be easier. So it may come as a surprise when I tell you that writing this outline, in some ways, was even more difficult than the others. But that’s only because if was able to include everything I wanted to cover, we’d be shooting a two-hour pledge special, rather than the usual 16-minute feature. 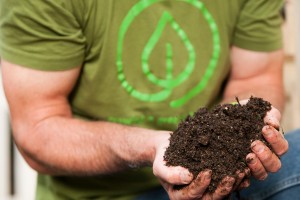 Thankfully, with much restraint and the help of our Consulting Producer Todd Brock and fellow compost aficionado and co-Executive Producer Theresa Loe, we were able to narrow the focus and story to a few main points.

I finally had to face the fact that this wasn’t going to be the “everything you wanted to know about compost but were afraid to ask” show I had envisioned. But I do think we were able to successfully take on some of the biggest questions and demystify the process a good bit by the time we were finished. 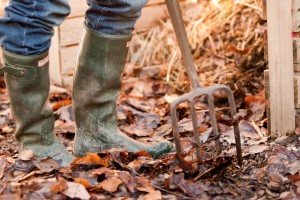 When we wrapped for the show we still had way too much content. After the initial guest interview (also a bounty of unused content) with our fabulous academic authority, Dr. Julie Grossman, every segment had to be cut short in the final edit. In fact, with every episode, it may be the most challenging, ongoing battle we fight. With only a finite amount of time to tell the story, and so much more you want to say, something always gets left on the cutting room floor.

This episode may have more of that than any other show we’ve done. In fact, for several days after we wrapped and the crew was hunkered down in their editing suite back in Atlanta, I obsessed over what we should have said or could have shot that we didn’t. 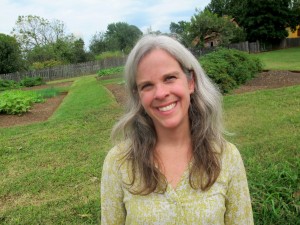 Reminding myself that we did all we could in the time we had helps ease the second-guessing. I hope we’ll eventually resurrect some of that unused footage as bonus material, just like all the other segments from other shows we dream about adding to the website someday. But it we never get around to actually using those pieces, perhaps, at the very least, that old footage will make good compost ingredients. Let’s hope that never happens.