A term I’ve used often in the world of gardening is this: No matter how much you know about gardening, there’s always more to learn. 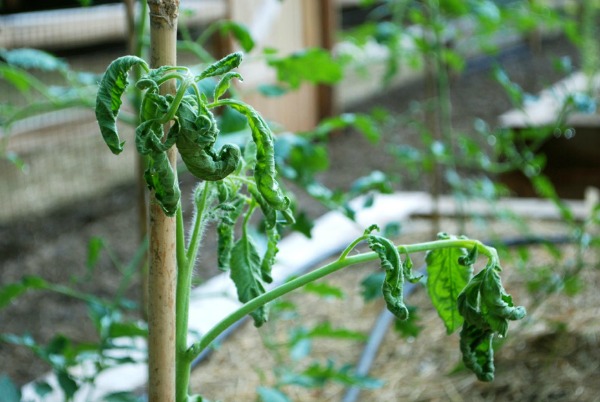 Any time you’re at the mercy of a force more powerful than you, full control will never be yours to claim. Which for me, is what I love about gardening. Some people see those twists and turns and the results as mistakes. I see them as opportunities, even when I have no one to blame but myself. To this day, I have plenty, and I embrace every one.

My biggest mistake ever was made just in the last year or so. It was epic. In fact, it was so bad, some friends implored me to keep it quiet. They feared that my credibility as an expert could be put on the line if publicly exposed on national TV. I have to admit, it was a compelling argument. And it was my decision to conceal it from the world—or not.

Here are my 3 biggest mistakes, starting with the big one:

Here’s why. Some herbicides used by farmers to keep broadleaf weeds at bay don’t break down for a very long time. When whatever is harvested (in my case hay for our horses), the herbicide is still active in the harvested product. And here’s the crazy part. It doesn’t break down, even after it’s passed through the digestive track of the animal and composted for months! Just a few parts per billion when added into your garden soil can have devastating effects to your plants, as it did with mine.

In my haste to start my new garden, I was anxious to utilize the mountain of composted manure I had been collecting and storing for just such an occasion. My eager desire to use the manure rendered me blind to the same risk I had warned thousands of people about before me. Within a week, my seedlings began showing the obvious signs of my irreversible mistake.

You can read a lot more about the details of what happened, and how I planned to fix the problem here. You can even watch the episode where I reveal my mistake of using killer compost on national television.  (That segment starts at about 15:25 on the timeline).

2. Planting too closely. Here is yet another case of do as I say, not as I do. In case you didn’t now, I have a very large garden. Even so, and in spite of preaching about the ill effects of planting too closely, I can’t help myself.

The problem with this affliction is that you deny plants ample room to grown. They become crowded, air can’t circulate around the plants sufficiently, leaves stay wet too long, and diseases are the inevitable result. Unfortunately it takes extreme discipline (something I still lack apparently) to allow ample spacing between such small seedlings.

This season, many of my plants (especially tomatoes) were sent to the great compost pile in the sky far too early. Had I allowed sufficient space for their size at maturity, I could have avoided their early decline.

3. Not starting. Strange as it sounds, I suppose the only thing worse than planting too closely, is not planting at all, at least for a gardener.

In my case, I have a goat problem. It’s just the two of them, but we love Bonnie and Clyde. They’re like big lazy dogs. All they do is lay around the farm and soak up the sun…and eat. And therein lies the problem. They eat everything! Anything I plant and don’t protect is gone as soon as they find it.

I know, it’s my fault. The truth is, I’ve procrastinated. Yes, we could easily put our goats in the pasture and be done with it. The bigger problem is that I’ve lost over two years of growth and opportunity to have plants and trees establishing and filling in my landscape for the beauty and enjoyment of all.

Again, do as I say, not as I do. Don’t wait to plant. Even if you have a goat problem, don’t delay. A common problem with gardeners is the fear of planting in the wrong place, or not knowing exactly what to plant where. So nothing happens. Big mistake.

Worst case, plants might die. But more than likely, you’ll find a better place and move them, or they will adapt right in place.

You might even be surprised by how nicely your serendipitous design works out. But you’ll never know until you try. I regret missing two years of growing time that I can’t get back. Don’t be me. Just plant it (but not too closely).

To be sure, I have many more mistakes and opportunities then I’ve listed here. But I’m happy to share them with you in hopes that I might prevent you from doing the same. If you can learn at my expense, good for you. Gardening is all about shared experiences. Which is why I decided to reveal my big killer compost disaster with the world. If I prevented even one person from making the same mistake (and I did in spades), then it was well worth it.

Question: Now it’s your turn. I’d love to hear what you consider to be one of your biggest gardening mistakes, and most importantly, what you learned from it? Share your story below.