Known for their brilliant autumn foliage, in shades of red, yellow and orange, Japanese maples have long been revered by tree lovers and gardeners alike throughout the world. Truly a four-season tree, they offer beautiful leaves with textures ranging from bold to delicate; striking forms and, they come in a wide range of sizes and shapes. Weeping, cascading, dwarf, upright and narrow, there are Japanese maples for every garden situation. 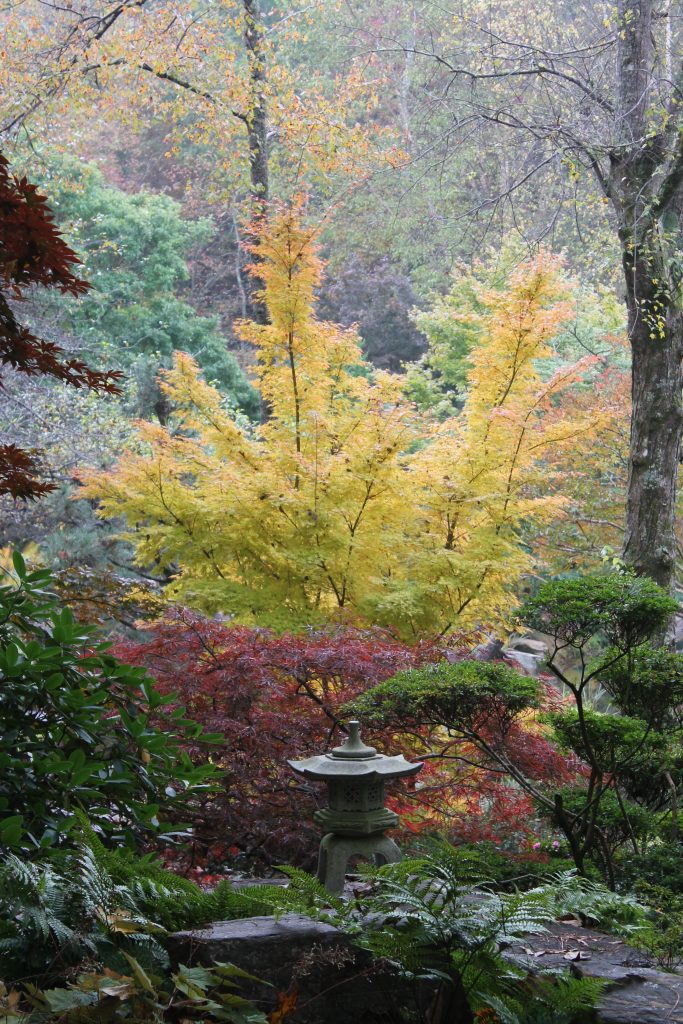 Many varieties of Japanese maples also display colorful new spring growth. And, while they make great specimens in the landscape, they are also well suited for container culture. Depending on the selection, these hardy trees grow from Zone 5 to 9.

A single specimen Japanese maple can provide a striking focal point but by combining them with shrubs, trees and herbaceous plants, you can transform your landscape into a garden that offers year around beauty.

When siting your Japanese maple or maples, (it’s hard to limit yourself to just one ), consider using evergreens for a backdrop. This will help show off the structural qualities of your maple, especially in winter. 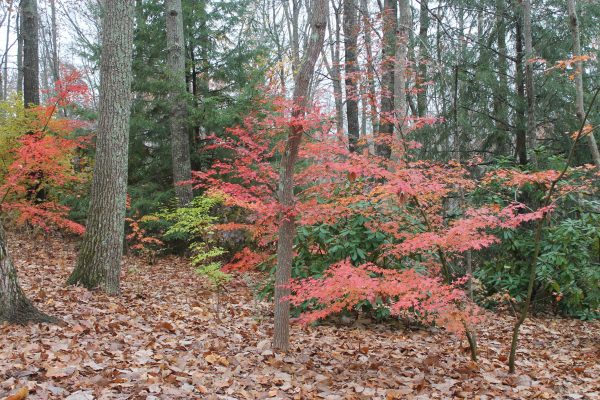 Large upright conifers like Cryptomeria and the native hemlock, Tsuga canadensis, also provide an effective evergreen backdrop for Japanese maples. Depending on the size and style of your garden hemlocks can be pruned as a formal hedge or left to develop into large graceful trees.

Flowering trees include both the native and exotic fringe trees Chionanthus virginicus and Chionanthus retusus as well as crabapples and smoketree. All of these selections offer lovely blooms in the spring. 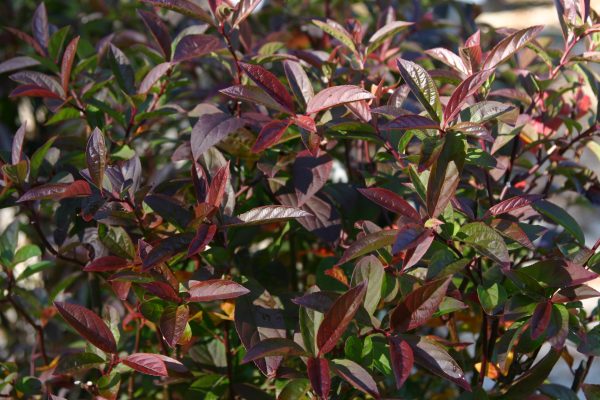 Virginia sweetspire, Itea virginca ‘Henry’s Garnet,’ and oakleaf, Hydrangea quercifolia , are two great native shrubs that add to the fall scene with their own version of colorful fall leaves in shades of red and burgundy.

Don’t forget the ground layer. Ferns that thrive without a lot of “fuss” include natives such as Christmas fern, cinnamon fern and royal fern.   A non-native, but one that plays well with others, is autumn fern, Dryopteris erythrosora. A one gallon plant will quickly spread to cover a 3’ x 3’ area or more, so make sure to give this tough guy plenty of room.     All of these ferns make great companions for Japanese maples. 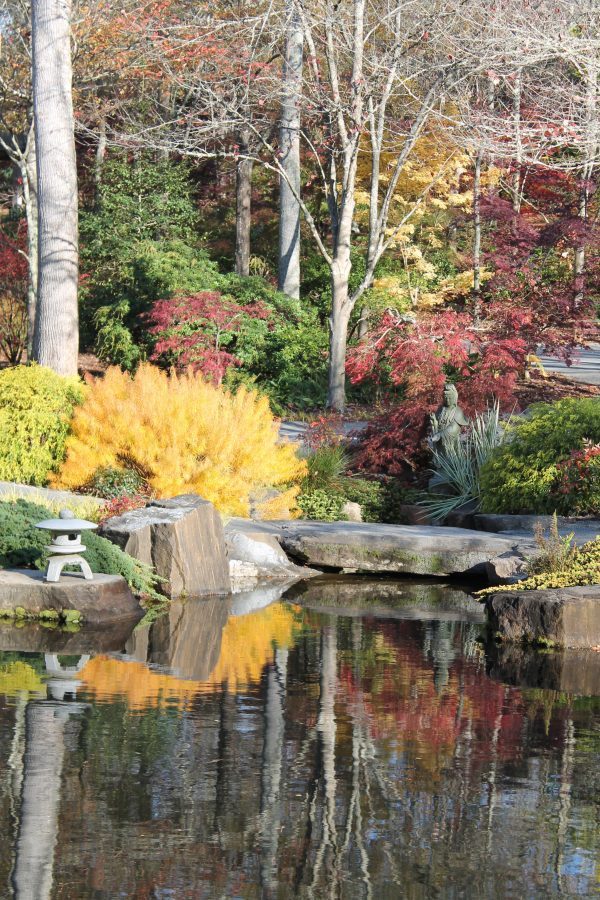 Amsonia hubrichtii, Arkansas bluestar, reflects golden foliage in one of the ponds at Gibbs Gardens.

These are just some of the options for companion plants that will happily coexist in the garden with Japanese maples. When you choose plants to grow in combination with your maples, consider their cultural needs and group those with similar requirements (soil, moisture and light) together.