We’re told that when life gives you lemons, make lemonade. And then there’s Brie Arthur, our correspondent for design and foodscaping. She looks at lemonade as just the starting point when mother nature throws lemons at her. In fact, Brie knocks them out of the park. 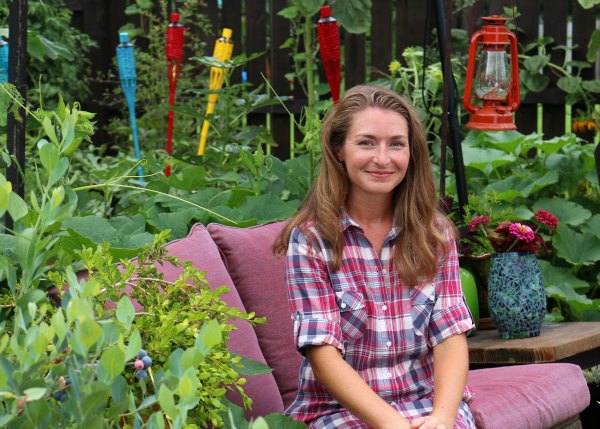 Such was the case with the soil that covers the entire region around Brie’s Raleigh, NC home. Nematodes (microscopic worms of which certain species can wreak havoc on almost anything growing in the space where they live) made growing her beloved tomatoes in the ground nearly impossible. Imagine how frustrating it would be for an avid gardener and tomato growing rockstar such as Brie to be thwarted by a problem that many experts will tell you has no solution. 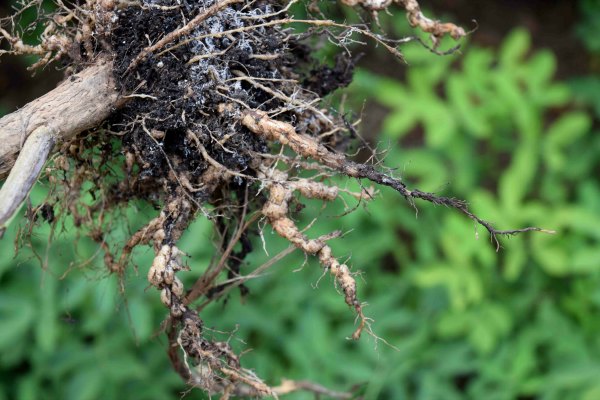 The smoking gun of nematode damage are nodules on the roots of plants such as these pulled from Brie’s garden. Harmful nematodes can make it impossible to grow certain plants like tomatoes to maturity.

Fortunately, Brie is undaunted but such obstacles. What would have most gardeners and weekend warriors hanging up their trowel, for Brie, it’s just the kind of challenge she embraces to find a solution – a better way that might even be a solution anyone can apply to a similar challenge.

That was the catalyst that started Brie’s quest to find new ways for growing some of our favorite vegetables.

With a strong background in horticulture and plant propagation and an insatiable lust to solve the next great gardening challenge, Brie set out to find alternative growing solutions to difficult conditions beyond just the ones facing her head-on in her own garden. 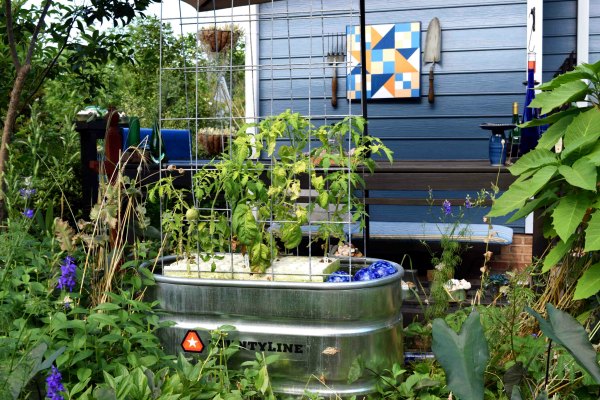 Not all of Brie’s experiments were successful. But learning from the failures is one step closer to the next successful effort. Here, tomatoes growing in galvanized tubs using aquaponic methods proved to be too difficult without making significant changes. Lessons learned!

When Brie shared with us her plans to experiment with alternative methods of growing edibles in small spaces and challenging conditions, we were all over it. Our plan was to track her progress through the growing season as she experimented with cutting edge techniques to try and beat Mother Nature at her own game. The options she was devising as possible solutions were versions of methods she had never even tried herself. All the more reason we wanted to be there to see these trials unfold however the cards were dealt.

To cover this project, we visited Brie on three separate occasions. 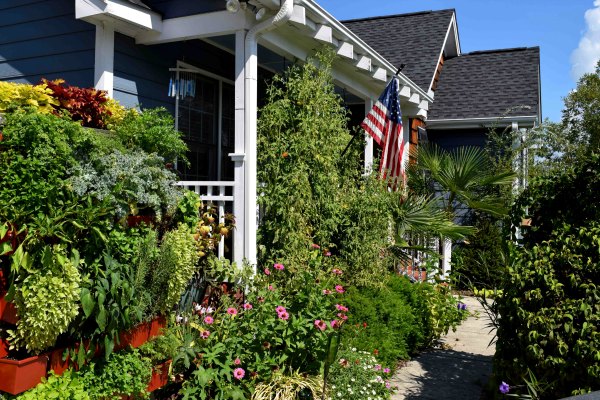 One of the seasons’ success stories included a tomato vine growing hydroponically from a rain gutter mounted along the deck handrail. Protected from the harshest sun of the day, this plant was productive all season long

We were there for the very start of her experiments, again in mid-season to check on the progress and challenges, and finally at the end of the growing season to get the postmortem assessment of what worked, what didn’t and why.

It was a fascinating journey for Brie and us. We think you will agree after watching Brie work through her various alternative growing environments in real-time.

The Tower Garden – This is the tall tube garden with grow lights demonstrated in the show and Brie’s most successful garden of the season.