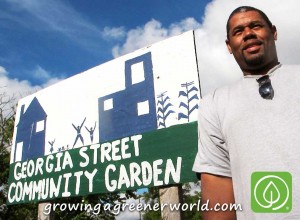 This episode is about the renewal of Detroit, whose bleak landscape is slowing changing due to the efforts of urban farmers and community gardeners determined to grow their city’s revival.

Once America’s most productive manufacturing city, Detroit was home to a thriving automotive and music industry, with almost 2 million residents and a robust economy.

A dramatic decline began in the mid-1960s as factories began closing their doors for overseas opportunities. The City eventually suffered near-collapse as residents left in droves to find work elsewhere. 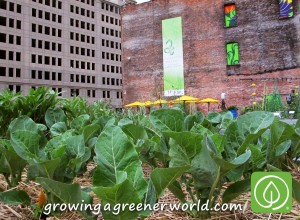 The exodus is well-documented, as entire communities decamped, parts of the city were literally abandoned and buildings were demolished or left neglected, with blocks of houses torn down or left for ruin.

For residents that stayed, lack of employment, crumbling school systems, and the sheer size of the city (which could fit all of Manhattan, Boston, and San Francisco inside and still have room leftover) meant that many folks were living in a “food desert”, where grocery stores were often more than 30 miles from their homes. 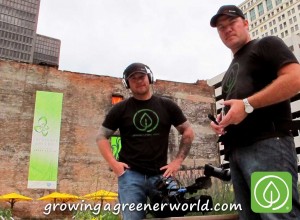 All around, nature was taking over decrepit buildings on its own, but not providing any source of nutrition for Detroit’s shrinking population.

About 15 years ago, green-minded citizens throughout Detroit began to reclaim these vacant lots, clearing out the debris and creating gardens to provide both food and beauty to neighborhoods throughout the City. 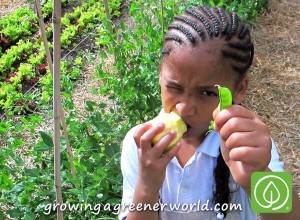 Today, over 1,300 community gardens have sprouted throughout Detroit, and with the support of non-profits like The Greening of Detroit, there is a growing network for urban farming.

The renewal of urban Detroit begins with its residents and hometown visionaries who see the chance for change from within.

As with the “growth” in local food and urban agriculture, similarly an eclectic new scene in music, cuisine, art, performance, design, and even tech have sprung forth. Some who seek to be a part of something interesting are actually returning to the city or relocating to it for the first time. 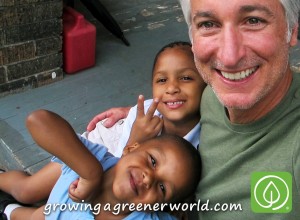 Horsing around with Joe

We hope you enjoy this episode as much as we loved getting to visit Detroit and meet its people and gardens, and tell this story. We greatly look forward to seeing what good things grow next in Detroit, as residents work hard to create communities that are uniquely theirs.