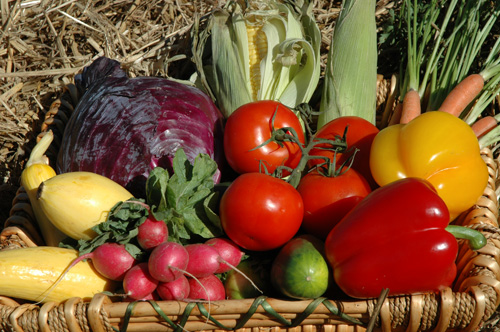 It is no secret that I love to communicate great ‘gardening’ information.  Along with a full speaking schedule at flower & garden shows across the country, I had the pleasure of going to Marysville, Ohio yesterday to host the 5th Annual Garden Writers Webinar co-sponsored by The Scotts Miracle-Gro Company and the Garden Writers Association.

I always look forward to this event but for me, this time the highlight was the breaking information released by The National Gardening Association (NGA). The report revealed their latest findings from a recent survey; The Impact of Home and Community Gardening in America.

Indications are that 7 million more households plan to grow their own fruits, vegetables, herbs or berries in 2009.  This is up 19 percent from 2008 and anticipated to nearly double the 10 percent growth already seen in this area from 2007 to 2008.

Although the full report will be released to the public in March, here’s a peek at a few interesting statistics from the survey:

According to NGA estimates, a well-maintained food garden yields a $500 average return per garden.
"As in previous recessions, we've seen increased participation in and spending on food gardening as people look for ways to economize," explained Bruce Butterfield, research director for the NGA. "That said, these results suggest the interest in food gardening may continue to increase, even after the economy improves."
The complete results will be published in early March and available on the National Gardening Association's Web site, www.gardenresearch.com and on the Scotts Miracle-Gro Web site, www.scottsmiraclegro.com.