In boxing, every fighter eventually squares off in the ring against a particularly crafty opponent. But, as the saying goes, “you have to roll with the punches.” In gardening, Mother Nature also has a seemingly endless supply of jabs, uppercuts, roundhouses, and haymakers to keep us on our toes. But whether you’re the heavyweight champ or a novice gardener, getting knocked down from time to time doesn’t mean you’re knocked out of the fight. I’m living proof of that. 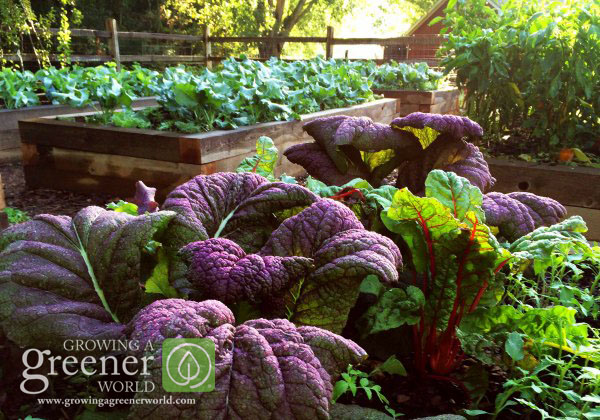 I made some big mistakes in my garden in 2014. Not just big. One I’d even consider epic that could have spelled disaster. But not only did I get up off the mat, I came up swinging to claim victory in what could well prove to be the most productive gardening season of my life.

That’s what it’s all about. Mistakes – or as I prefer to call them, opportunities– are inevitable.

No two years are alike, and Mother Nature always plays a major role. But no matter what challenges arise, the best gardens can stand the test of time.

In my case, a garden that was already too crowded got hit by disease. But this troublesome situation was made worse by garden soil that was doomed from the start with tainted compost.

Unbeknownst to me, the composted horse manure I had used was contaminated with persistent herbicides.

When I incorporated it into my beds, I effectively killed many things in the garden before they had even been planted. It would have been a standing eight count for many gardeners. I shook it off and tried desperately to regroup.

Gardeners know that “there’s always tomorrow,” but it’s often what you did yesterday that can make all the difference.

Thankfully, my garden was able to rebound from this near-catastrophe primarily because of my previous efforts in building a solid foundation and my swift action in taking corrective steps while I still had time.

Here are three key things I did in 2014 to rebound from significant losses in less than 12 months and come away with an abundant, thriving garden for 2015.

1. I added organic matter. Lots of it. Never underestimate the value of building soil health.

Even the best soil cannot guarantee a pest- and disease-free garden, but it can greatly help to mitigate the outcome and aid in a faster recovery. Focus on adding dead plant material, kitchen scraps, and safe manure to kickstart the production of soil that’s rich in organic matter.

After getting sucker-punched by the tainted manure, part of my regrouping effort included the addition of fresh compost, which I mixed several inches deep.

Compost that you can easily make at home, buy in bulk or by the bag, is the single best source of organic matter and is key to any soil’s overall health.

While making it at home assures that you know exactly what’s going into making it. However, when it’s purchased either in bulk or by the bag, you don’t. If you want the next best thing, look for “Certified Compost” as recognized by the U.S Composting Council.

Many soil organisms can filter, buffer, breakdown, immobilize, and detoxify both organic and inorganic materials that may be potential pollutants.

I attribute my biologically diverse soil as being responsible for a faster rebound, but it was also the foundation for saving my soil and the catalyst for launching my next season’s plant productivity into the stratosphere.

2. I added minerals. In native soil, the typical mineral combination includes a mixture of sand, silt, and clay, with (ideally) equal parts of each. But garden soil that has been created- brought in by the bag or truckload- may be completely devoid of any minerals. Instead, it may be pure organic matter, far too much.

Balanced soil needs both, and actually needs substantially more minerals than organics. So while my new raised beds were full of truckloads of rich soil, they lacked the important minerals my plants needed to thrive.

I purchased bulk soil that had been mixed with a generous ratio of minerals from granite dust and added it to my garden beds. That provided my plants the growing environment they needed to really take off. (If you’re anywhere near Atlanta, I use “Flower Mix”, from Green Brothers Earth Works. It’s prices at $29 per cubic yard).

3. I added more mulch. This one doesn’t sound like a big deal. But the results can be, and absolutely were for me.

I almost always top off my beds with mulch whenever I plant anything. But last year, when I didn’t have good results, I skipped this step. What a huge mistake! The difference between a mulched season and a non-mulched season was dramatic, to say the least.

With mulch, my plants stayed hydrated longer. Weeds were few and far between. Disease was non-existent. And the plants themselves were healthier. Even pests remained easily manageable, since thriving plants are less attractive to pests than weaker, struggling plants.

I may have suffered a big hit in the early rounds, but thanks to disciplined training, good fundamentals, and a methodical game plan, I rallied to KO a garden nightmare that almost had me on the ropes.

Now I want to hear from you. What did you do that made a positive and significant difference in your garden? Share your story below.