With over 100 episodes spanning the past four years, we’ve been to a lot of amazing places and told some pretty incredible stories. And the more we do, the harder it becomes to narrow down my favorites. But one thing I can say for certain; our episode with Margaret Roach will always be one of my fondest memories.

I came to know Margaret long before I met her. If you’re familiar with her writing, you know she lets you into her life in a surprising and personal way, with admirable candor and a remarkable perspective on all that Mother Nature throws in her direction. Moreover, Margaret’s ability to not only deal with the challenges, but her tenacity for turning each into something positive, is nothing short of aspirational. 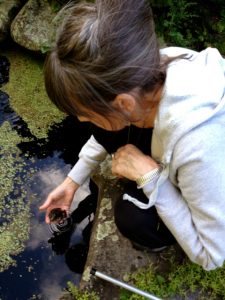 Margaret and her frogs

Our initial filming date with Margaret was originally planned for mid June. But shortly before our scheduled trip, a horrendous hailstorm pounded her garden, breaking branches and ripping many of her plants to shreds. Undaunted by the devastation and without knowing if we could reschedule, she already had plan B and C in place. Typical Margaret.

Fortunately we were able to reschedule for about eight weeks later, yet secretly wondering if even that would be enough time to heal her devastated garden back to primetime. But then again, we’re talking Margaret’s garden, where extreme gardening is the norm, and normal never is.

As we pulled up to the renowned gate that Margaret so often references in her books, the mid-August morning was brisk and bright, and from the looks of things, Margaret, and the garden were ready for our arrival. At the gate to greet us, she was welcoming, gracious, and yet clearly focused on her mental checklists of the tasks ahead. I found myself impressed yet unsurprised with her early morning multi-tasking, and caught myself smiling at the recognition that I was getting my first glimpse into what makes Margaret, Margaret. 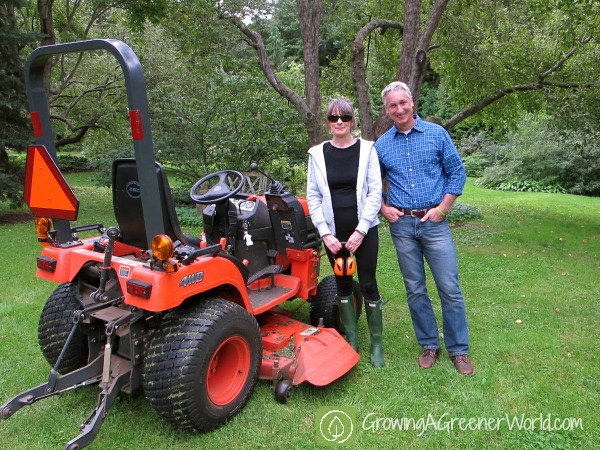 Those special moments would come often over the next two days. From our first interview of the morning, to wonderful garden fresh meals, good wine and best of all, great conversation around the table where she spends most of her time when not in the garden. Her ease of response to my questions while the cameras rolled quickly transformed from an interview, into peer-to-peer conversation between two passionate gardeners—just as I had imagined. Yet what really resonated with me was not just in how effortless her responses were, but also in how she responded. Each reply painted the perfect picture, blending her passion and enthusiasm for sharing information, mixed with a healthy quest to know more about the very answers that would blow most of us away. Typical Margaret! 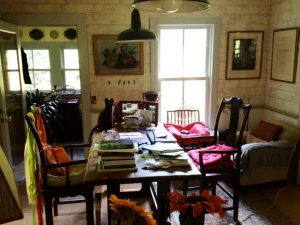 Jack the Cat gets the chair by the window

As we packed up our gear for the return flight home, I took in my surroundings for a final time while relishing these last few moments and reflecting on the past two days, knowing that I’d be back. I needed to come back. Something about this place, or Margaret, likely both, connected with me in a way, and at a deeper level than ever before.

At one with the land she stewards, she sees the relevance of everything in nature and its relationship to the rest of the world. You read and hear it in her words and see it in her garden. Just an army of one and sometimes two, what Margaret has managed to mold from this land that she cares for, along with the creatures that visit and live here is truly spectacular. I believe it evolves from those rare times, when over time, the gardener willingly comes to know and understand the rhythms of the land, its ebbs and flows, and ultimately, that the resiliency of nature is your friend. 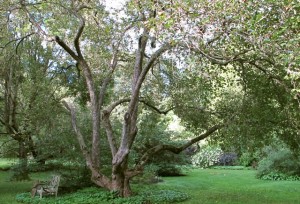 Although Margaret lives alone, she is anything but lonely. She has her ever faithful companion Jack, and many friends and fans from around the world. After our departure, she had a day to rest and tidy up from the wake of our tiny crew of two…just in time for the 750 people that visited her garden two days later. Typical Margaret.

And you can read Margaret’s interview of me at: Killer Compost 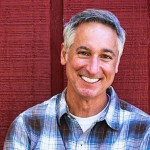 Joe Lamp'l is the Host and Executive Producer of the award winning PBS television series Growing A Greener World. Off camera, Joe dedicates his time to promoting sustainability and green-living through his popular books, blog, podcast series, and nationally syndicated newspaper columns and more.