By Ellen Galvin, for GrowingAGreenerWorld.com 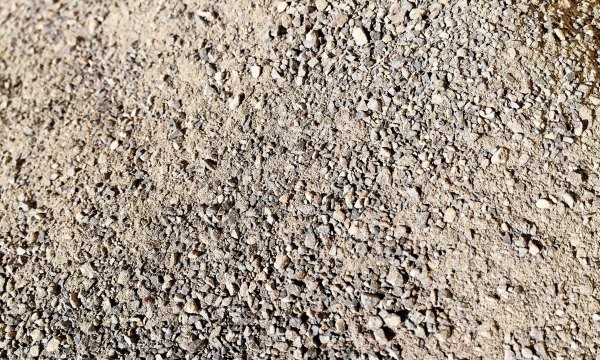 Rock minerals are the building blocks to healthy soil. Photo by Ellen Galvin

The secret to growing healthy and nutritious food begins with the soil.

Naturally healthy soil contains billions of living microorganisms—from bacteria to nematodes, fungi, protozoa, arthropods and earthworms. Together, they join in a carefully choreographed “bacterial ballet” in which each organism has a specific role to play, from the recycling of nutrients to the decomposition of organic materials.

Yet organic matter is only part of the story.

While compost is a key component of healthy soil structure, no amount of organic matter can make up for mineral deficiencies. Missing minerals are just that—missing. The end result is poor and infertile soil.

It’s why the kale that you buy in the grocery store may have a very different mineral profile from what nutritionists recommend as part of a healthy diet.

As consumers, we might feel a little “ripped off” for being sold inferior produce. But the ramifications are much larger—and they have implications for the future health of our planet. Things will only get worse if we continue using commercial farming techniques that strip essential minerals from our soils without putting them back.

One of the keys to restoring the health of our soils is through the process of remineralization. As proficient as plants are, they can’t make the minerals that are essential to human health and nutrition. We also can’t rely on Mother Nature’s old “standbys,” i.e., volcanoes, glaciers and floods, to do the work for us.

The modern day solution is to add mineral fragments back to the soil with rock dust.

Also known as rock minerals, rock flour, rock powder, stone dust, soil remineralizer and mineral fines, rock dust is finely crushed rock containing micronutrients and trace elements that are important to the life cycle of plants and which enhance the ability of beneficial microbes to flourish.

Results include improved plant structure, increased resistance to pests and disease, and more intense flavor profiles for fruits and vegetables.

Although some retailers classify rock dust as a fertilizer, it does not have the necessary amounts of nitrogen, potassium and phosphorus (N-P-K) to qualify as such. Instead, rock dust contains minerals like calcium and trace elements like iron and manganese which are difficult to replace once they’ve been depleted from the soil as a result of natural weathering and/or over-farming.

Is all Rock Dust Alike?

A rock is a rock—right? Not quite. Igneous rocks like basalt and granite have the highest mineral content, with basalt providing a greater balance of nutrients for optimal plant health and vitality.

Created through the cooling and solidification of magma and lava, basalt is the rock material that makes up most of the soils around the world. It continues to deliver a steady flow of nutrients over time, even as it decomposes. Basalt’s slow-release benefits make it an effective way to minimize deficiencies, particularly with fast-growing crops that experience periods of rapid nutrient uptake.

The benefits of adding fresh sources of rock minerals to the soil are not new. Some of the richest, most fertile soil on the planet is found near active volcanoes, which explains why people throughout civilization have been willing to settle near volcanoes despite the potential dangers.

In the 1930s, researchers in Europe used finely ground rock dust to treat and improve the productivity of degraded forest lands. One of the most comprehensive studies of the benefits of rock dust came from D. Hotman de Villiers who conducted a series of long-term field trials on highly degraded soil that led to increased sugarcane yields on the island of Mauritius.

Today, scientists across the globe continue to validate the benefits of rock dust. Brazil has made soil remineralization part of its agricultural policy—a major step forward in generating global awareness and interest in the importance of rock minerals and how they help grow healthier, stronger plants with higher yields and higher levels of nutrients.

Healthy soil is derived from a marvelously complex interaction between soil biology and geology.

As decomposing rock material reacts with soil microorganisms and plant material, the rock material releases elements like calcium, magnesium and iron. Remineralization with rock dust is a low-cost, high-impact way to aid in the regeneration of soil by closely mimicking natural geological and biological interactions. The result is optimal and sustainable plant growth that leads to healthier people and a healthier planet.

Expect to hear much more about soil remineralization in the year ahead since the United Nations has declared 2015 The International Year of the Soils.

About the Author: Ellen Galvin writes for Central Oregon Basalt Products, LLC, manufacturer of Cascade Minerals Remineralizing Soil Booster. Made of 100% finely milled volcanic basalt from Central Oregon, Cascade Minerals Remineralizing Soil Booster is an all-natural soil amendment listed by the Organic Materials Review Institute (OMRI) for use in organic production in both the U.S.A. and in Canada.