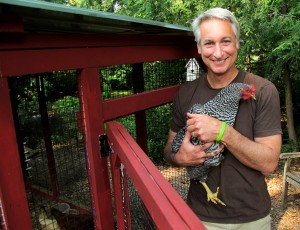 One of Joe’s nine chickens

As the GGW team looks back on all the episodes filmed for season two, the chicken show will be one we talk about a lot. Besides being so completely fun to shoot, it has made us all chicken fans—if we weren’t already.

For me, I became a new chicken keeper to upwards of 24 of these feathery friends because of the show. Fortunately, some turned out to be roosters and we “gifted” a bunch more to the family that we made the coop for in this episode. Now down to nine, it’s a number we can all live with. 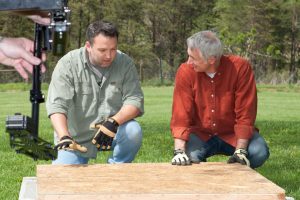 The cool thing about this episode is that we have some very special in-house talent covering the subject.

We all know that Co-Executive Producer Theresa Loe (aka “Chloe” from the 24 television series) is a jack-of-all-trades and master of many, especially when it comes to chickens. She has her own flock in her tiny Los Angeles backyard.We filmed our first chicken segment there last year and her girls stole the show.

In addition, our own Consulting Producer Todd Brock, just so happens to be the co-author of Chicken Coops for Dummies. With his expertise as a long time producer of shows on HGTV and the DIY network, the man knows his way around building stuff and is especially talented at telling others how to do it too. So along with the usual cast of characters and duties, Theresa and Todd made the trip to my NC town for their on-camera expertise as well. 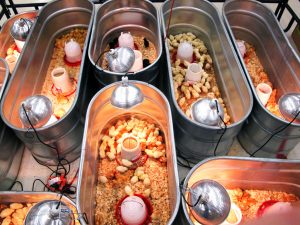 Yet since this is a blog about the back-story of what you don’t see, our biggest behind the scenes moment of this show was happening while Todd and I were in front of the camera on Day 2, building the coop.

As filming was about to commence, I suddenly had one of those “oh #@&$” moments. It occurred to me that I never got around to obtaining permission to film at Tractor Supply the next morning! It was to be a major segment of the show. They sell tons of baby chicks, have a great setup, and we had to have that scene!

Perhaps I’m a bit spoiled at getting quick access to almost every place we need to shoot, even on short notice, but I really do know better than to just assume it always works that way—like this time.

With not a moment to spare, I put …I mean Theresa on the case. She called the local store and let them know who we were and what we needed. The response from local management on the other end was far from what I expected. It was pretty much a total shutout and Theresa doesn’t take “no” very easily. The voices on the other end firmly stated the same message; without corporate approval and a request in writing well before now, this wouldn’t be possible. They made that very clear. We’re sure the voices on the phone were just citing company policy, but we weren’t used to such a total shutout. 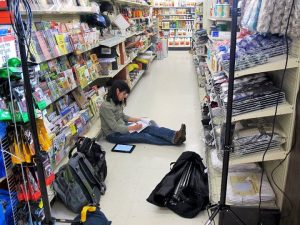 Reluctantly, Theresa approached to inform me we hit a roadblock and wasn’t quite sure what to do next. After learning all the facts, I knew it was simply a matter of getting to the right person at the right place… they said we needed corporate approval, so that’s who we needed to talk to – corporate headquarters.

Armed with a new plan, Theresa disappeared with a determined look in her eye. Within 30 minutes she was back and looking rather smug.

She got it! We were in, set up for an early morning shoot the following day. And they could not have been more excited to help. With the new mandate from HQ, the local store brought in extra inventory, spruced up the displays, rolled out the red carpet and greeted us with the perfect setting, along with hundreds of very telegenic baby chicks!

The squeaky wheel may get the oil, but ruffling the right feathers gets the chicks!

Watch the episode this blog post refers to: 210 Backyard Chickens.