As they say, the third time’s the charm. Such was the case with this episode covering some of the most important things to know about starting plants from seeds. 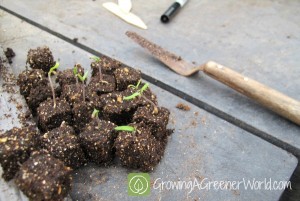 I love to grow plants from seeds and feel much more involved in the process of gardening when I do so from the very beginning. So with all my experience with seed starting, I thought doing a show on the subject, (since I’m doing it anyway), would be a no-brainer. Little did I know, this would be the show from hell, and one I thought we’d never get finished.

This episode was originally scheduled to be filmed in season 2, a year or more before we finally got it done. I guess since I thought it would be a pretty easy show to do (no travel, all indoors, I already had all the equipment), apparently it never got the same attention to detail as our other episodes that require so much more planning. Consequently, as we got closer to filming dates, other things kept coming up and this show’s filming date kept getting pushed further off, to the point that it never got shot.

No worries. This would be a great episode to hit the ground running with in early spring of the following season. But due to what has since been dubbed the “joe factor”, every kind of obstacle possible kept getting thrown in the way of our production schedule and once again, we missed our planned production dates. What was supposed to be a late winter / early spring shoot, finally became happened in mid summer. But by now, my real garden outdoors (from the seeds I started indoors when I thought we were going to shoot) was lush and thriving. 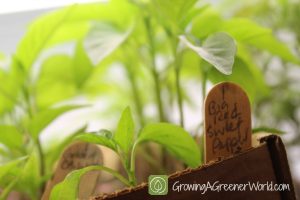 As fate would have it though, everything always works out for the best. By not shooting until well into summer, we had some great new settings to take the cameras, fantastic backdrops of my real thriving garden stared from seed, and better opportunities to enrich the story by showing how to sow seeds outdoors, directly in the soil—something we never wrote into the original episode. Moreover, my crew and I had time to think about how we could make this show visually stimulating, when the majority of it was still being filmed in the same kitchen that we see Chef Nathan Lyon prepare every GGW dish ever made.

With a clear schedule, a determined host and crew, and five cameras set up in the kitchen, we pretty much covered every angle of how one goes about sowing seeds. When it was all said and done, it was one of my favorite shows from the third season, and the reason we are bringing it back to you now. So back by popular demand, and the fact that it’s just chock full of great information, All About Starting Plants from Seeds makes an encore appearance here. Hope you enjoy.