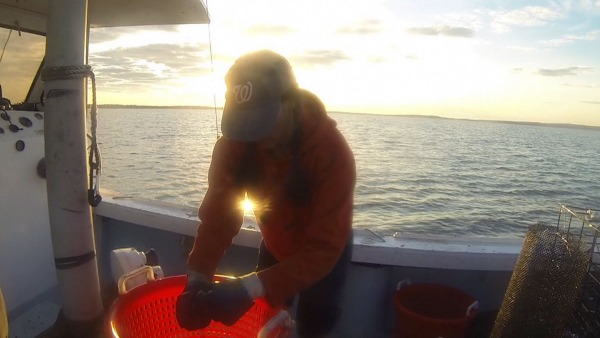 You’ve no doubt heard the phrase; “the world is your oyster”. It comes from a quote in Shakespeare’s The Merry Wives of Windsor.  The implication is that the world is ours to enjoy.

Over time, our enjoyment of this earth and all that it has to offer has resulted in consumption at an unsustainable rate. Today, countless species are extinct and resources are severely threatened.  All because we’ve been taking more than we give back for far too long.

When the concept for Growing a Greener World was created, the overall theme was, is, and always will be about telling the stories and celebrating people investing and giving back to this earth we all share.

And yet it’s a big world out there. With so much happening in other genres beyond organic gardening, green living and farm to table, it’s inspiring to see what others are doing to grow a greener world in their own special realm. One person we found epitomizes that spirit—not only by giving back, but in making the world better than he found it, and giving more than he takes. 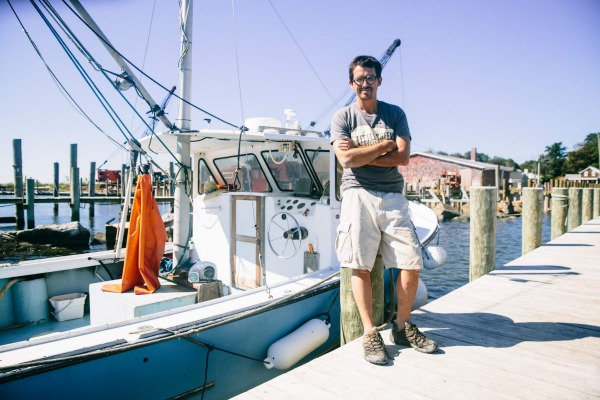 Visionary oyster farmer and eco-entrepreneur Ian Wile of Little Creek Oyster Ranch in Peconic Bay, NY is one such person. He recognized that over-farming can spell ecological disaster no matter where it happens. On land, it depletes fertile soil and strips resources required for future viability (ala the Dust Bowl of the 1930’s).

Yet today those unsustainable farming and harvesting practices extend to our rivers, lakes and oceans. With oyster harvesting, a form of dredging was the method of choice for decades, offering the greatest bounty in the fastest and cheapest way.

Over-fishing, unsustainable harvesting methods and environmental changes have destroyed fisheries around the world, including Peconic Bay. Although change is taking place and the majority of commercial oyster farming is now harvested sustainably, the ocean floor has not recovered from prior abuse.

Ian endeavored to find a more earth-friendly way to manage his new oyster farm. When Ian adopted the farming methods used for his oyster ranch, he saw a lasting opportunity to do something for himself while “leaving the place better then he found it”. 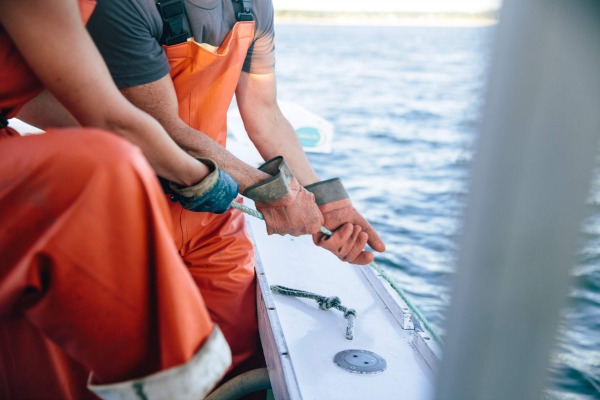 Oysters filter toxins and convert algae to food; Too much algae and bodies of water become dead zones, unable to sustain a balance ecosystem. “The water only gets better by having these oysters here” according to Ian. Finding a way to minimize the human impact on those decimated oyster beds became paramount.

What Ian is doing is completely different. Rather than harvesting wild stock, and continuing to deplete a fragile habitat struggling to recover, Little Creek Oyster Farm is supplying their own stock and retrieving those. Rather than foraging an existing bed or habitat, Ian and company are seeding their own stock for future harvests.

As a result, they’re creating a new ecosystem around their cages. Those become the foundation for a new oyster bed that would have—or should have been there 100 years ago. Although the work takes time, requires patience and a purpose bigger than their own, “people are paying attention, to looking forward, past the next year’s harvest”. It’s a potential game changer.

“If you put more in than you take out, that seems like it should be a better choice” remarked Ian, rather matter-of-factly in a cool video I watched here, from the Progressive Apron Project.

I say that is exactly what we all need to be thinking and doing. Today, it’s beyond just doing no harm. It’s about restoring this earth, and making it better. It’s at the core of growing a greener world, wherever you live or work.

Disclosure: This post was written as part of the Progressive Apron Project, helping tell the story of people and their initiatives making progress towards a greater good. I have been compensated as a contributor to this project, but the thoughts and opinions in this post are my own.