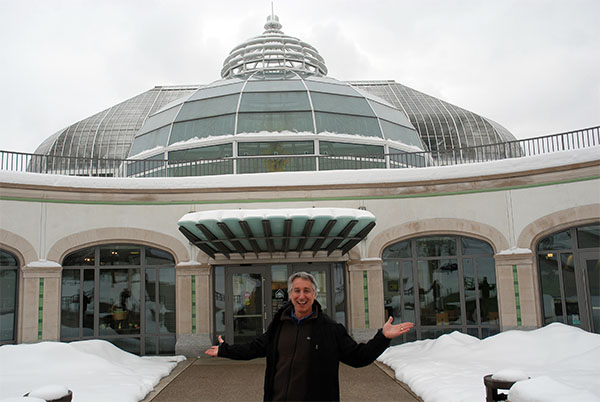 At the height of our nation’s industrial revolution over 100 years ago, wealthy businessman Henry Phipps built the Phipps Conservatory as a gift to the city of Pittsburg. Today Phipps has become a model for public gardens and conservatories around the world for its sustainable building practices, energy conservation and eco‐friendly methods.

In the process they’ve earned the distinction of being “America’s Greenest Garden” and the greenest conservatory in the world. Taking his cue from the chocolate tree featured at the conservatory, Chef Nathan creates a molten chocolate cake that melts in the mouth.