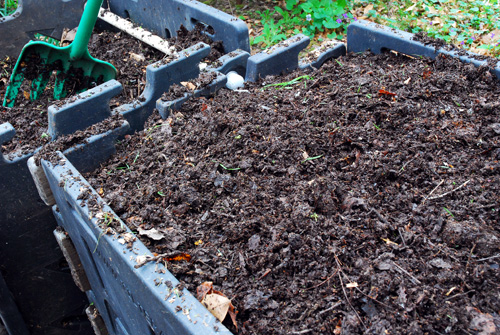 No sooner had I made the first post announcing my plans for my twenty-five dollar victory garden, when Daniel left a comment, questioning my word choice. Her concern was valid; “First you say you're starting from scratch to meet the $25 challenge; you're not using gear you've acquired in past seasons. Then you mention amending soil with compost… which can only have come from past years. Compost is a long-term investment that newbie gardeners aren't likely to have made”. 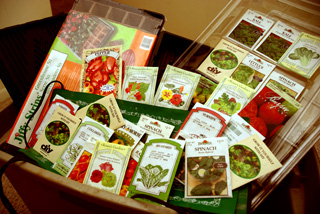 Ouch. She’s right though. As much as I’d like to use all that compost I’ve been making, a new gardener is not going to have compost bins loaded with two years worth of ‘black gold’. I also have plenty of seed-starting trays, heat mats and lots of leftover seeds. But, using them and spending twenty-five bucks on new stuff would be unfair to the person that doesn’t have any of this. So, all that avid gardener stuff is off limits.

So that got me thinking, what can I use and what’s taboo? In the spirit of fair play and a level playing field, let’s assume we are starting with nothing related to gardening stuff. Up to this point, none of the proposed rules have been broken but it would be good to hear what you all think about this before I make them official.

Rule #1: You can buy and use whatever you want with your twenty-five dollars. But, once it’s gone, it’s gone! That includes items listed below in the “can’t use” list.

What can be used from existing inventory (Anything that would reasonably be expected to already be on hand if you lived in a house with a yard, including equipment to maintain it)

What can’t be used from existing inventory (but you can buy with your $25):

What is fair game: Everything. This is the best part. Anything and everything you need can come from outside sources as long as you don’t spend past your limit. Just get creative and barter, go online, beg or borrow, just don’t steal!

So that’s my list as of today. Next post I'll include some of the places I've found so far that are going to be great free or cheap sources for much of what we'll need. What do you think? Any thoughts you have as I finalize the details are appreciated.