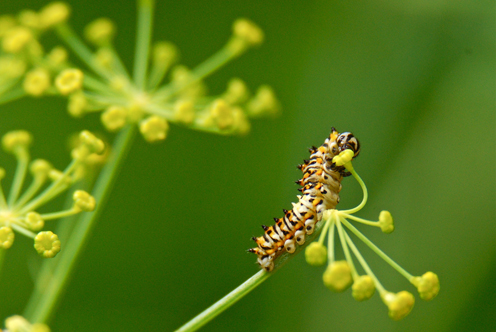 Wow, mid July and The Twenty-five Dollar Organic Victory Garden has produced almost 35 pounds of vegetables. Although the lettuce is pretty much finished, everything else is still producing away. I have at least 60 tomatoes on the vines of the eight plants, all at varying stages of development. Between those and the cucumber factory, and add in the squash that keeps on coming, and I’m hoping to break through a total harvest of 100 pounds before this little garden is finished for the summer. Not bad for a $15 investment!

Yesterday I had a fun time of discovery in a few of the periodic visits to my garden. Every time I need a break from my writing, I head outside for some fresh air and an inspection of my busy little plot. Within one eight-hour stint, I managed to see and photograph some amazing visitors to my garden. I’m amazed and very happy at the incredible amount of honey and native bees busily pollinating my garden. The level of activity, and the amount of harvest, is a testament to the benefit of not using pesticides.

The top picture of course is the larva of the Black Swallowtail Butterfly. It is feeding on the flowers of a large dill plant. Although I love planting dill for its culinary contributions, frankly I rarely use it for that. Instead I plant it for the very reason you see here. This one plant has nine of these little guys on it. And the really cool part is I have my little nature-loving daughter Amy totally hooked. We’re now tracking them everyday and documenting their progress. 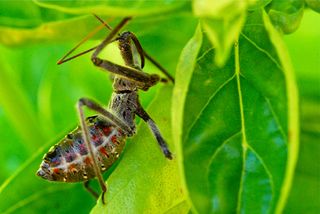 The strange bug you see here is a rather rare site. Although they are more common than you think, they are very shy and good at hiding, so they are not often seen. However this “wheel bug nymphs” was basking in the sun as he hunted for his next victim. They are members of the assassin family and jab that long pointed beak into their prey while holding them down with one of those long cumbersome legs. Because they eat garden pests, they are considered beneficial but they are also non-selective so they’ll eat anything. They will even bite humans if provoked so be warned. They inject an enzyme that eats away the tissue of their victims. In humans, it can take months to recover!

On a lighter note, the garden is growing well but frankly, there’s just not much new to report these days. That’s why you haven’t seen a new video from me in a while. I’ll get a new one out next week though, covering the fertilization and staking issues I’ve been using for my tomatoes and peppers.
JL