Driving home that Friday evening from Athens, Georgia, after a long day of filming, I should have been more excited. The critter control show was pretty much in the can.

But something wasn’t settling with me. Ironically, we spend so much time on attracting wildlife to our gardens; it was odd to be devoting an entire episode on how to keep it away. When I envisioned this show, I thought we would be able to really zero in on how to deal with the most common and objectionable backyard critters, namely deer, rabbits, moles and voles. They seem to be the ones that no matter where you live, everyone seems to struggle with. We lined up a great authority from the University of Georgia, Wildlife Specialist and Professor, Mike Mengak, Ph.D. 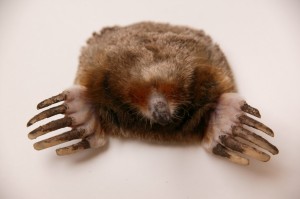 Towards the end of our productive day of filming, we had lots of great information, but at no fault of our guest host, nothing really captivating or exciting to see. And now it was time to talk about dealing with the moles and voles. At this point, you should know that one of the most important rules in television production is that if you talk about it, you need to show it. But how do you do that with a animals that lives underground, and their damage is subterranean? Dr. Mengak gets an A+ here for securing the actual mole and vole props. But there I was, holding dead, stuffed rats as our visual elements to cover this discussion! That’s when I realized we were in trouble.

To try and add the requisite action (another important element of television production), I found myself actually petting the fur of these little dead critters while doing anything I could to add motion such as rotating them slowly around in my hands. I was feeling stressed. This was not falling into either category of action or high visual appeal.

During the long drive home, I called our associate producer, Theresa Loe to share my concern. I even suggested scrapping this show and starting over. But without any idea how to make the subject matter more visually exciting, Theresa wasn’t able to offer much encouragement—not what I was hoping to hear. 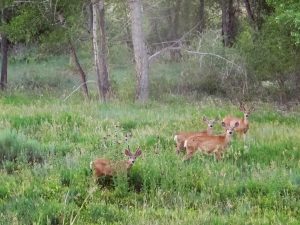 But in the end, most things work out and that’s certainly true with our talented team at GGW. Although it required another two days and a separate trip to North Carolina, we breathed some new life into this show by breaking up the interviews and inserting more visually appealing backgrounds and new locations. The new scenes helped to carry the story, but without staying in one place or interview for too long.

In the end, we had a better show. And from that day, we discovered an enhanced style that we’ve embraced since then. It’s one of the things I’m most proud of with our team; even when we hit was seems like a dead end, we put our heads together and come up with awesome solutions. It’s one of the things I value most about our amazing team. Thanks you guys!