Over all of the years of our travels, we’ve met many amazing urban gardeners. They have been able to make their gardens because of the desire they had for fresh, local produce in a place that mainly has concrete. This episode takes you back over the past 4 seasons to look at all of the wonderful urban gardeners and the people who are behind them. We’ll also take a look into the future at one very historic but progressive city, which has made a critical link between the local farm 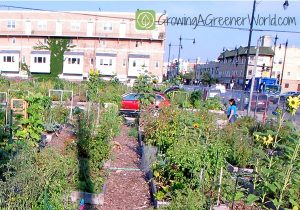 Joe takes us to the historic Roanoke City Market, which was established over 130 years ago. The market was named as one of those great American places by the Lyndhurst Foundation; along with the Vietnam War Memorial and New York City Central Park.  It’s also the longest running market in Commonwealth Virginia’s history, dating back to 1882.

Next, Joe travels to Heritage Point Urban Farm, a co-operative urban farm founded by Roanoke Natural Foods Co-op. It’s a 25 acre farm that helps to strength the local food infrastructure for the entire Roanoke Valley. And finally, Joe heads back to downtown Roanoke to show us around the Center in the Square, a shining example of this cities future thinking.